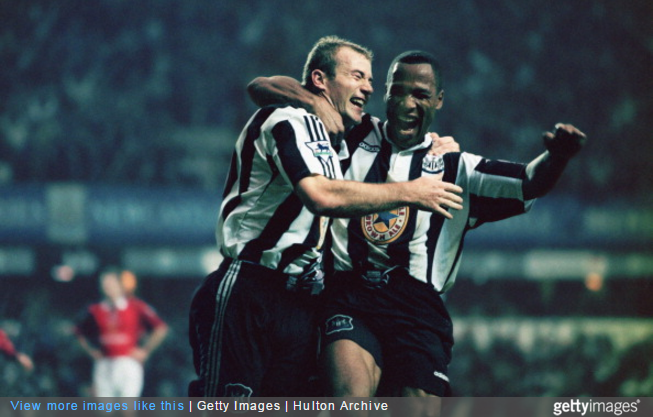 During the previous season, Newcastle had been pipped to the Premier League title by Manchester United despite having been 12 points clear in January.

Famously, it all proved too much for poor old Kevin Keegan, whose mind finally unravelled…

Anyway, skip forward a season and the Magpies were keen to make a point – and did so with a stunning display of free-flowing football in front of a bustling capacity crowd at St James’ Park.

Despite being soundly beaten 4-0 by United in the Charity Shield only a few weeks prior, Newcastle came flying out of the blocks as Darren Peacock headed the home side in front before David Ginola lashed a 25-yarder past Peter Schmeichel to double the lead with half-an-hour gone.

In the second half, Les Ferdinand headed home a third, before Alan Shearer – in his first season with his hometown club – made it four despite some double-save heroics from Schmeichel.

The fifth proved to the cherry on the top; a sublime chip from outside the box executed by burly Belgian defender Philippe Albert, who cemented his place as a bona fide Newcastle club legend in the process…

It was the first of three consecutive defeats for the Reds. On Tyneside, some dared to believe the tide was turning.

It didn’t last long. In the end, the Toon finished second again, some seven points behind the eventual champions…yep, Manchester United.