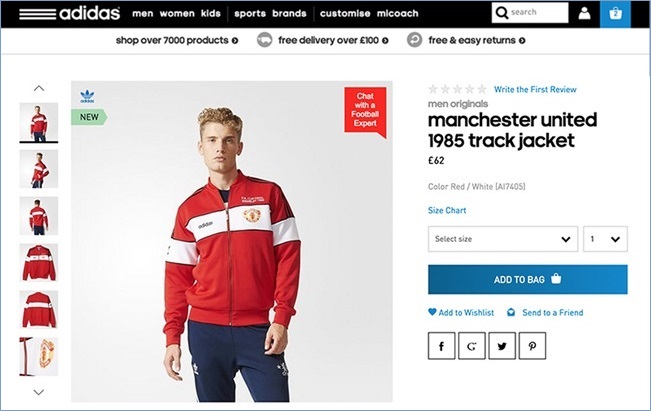 By all accounts, Adidas are doing a roaring trade with their new line of retro Manchester United clobber, with the 1980s-flavoured collection taking style pointers from the last time the German sportswear giants were responsible for designing United’s kits.

The latest addition to the range is the ‘1985 track jacket’ – a smart looking thing if ever there was.

However, Adidas have managed to make one small, but fairly crucial gaffe in their promo for the jacket – and it’s not the fact that they’re charging £65 for something that looks like it’s been retrieved from an old box in Ron Atkinson’s loft.

If we magnify the photo of the model on the official online store, you might just be able to spot it… 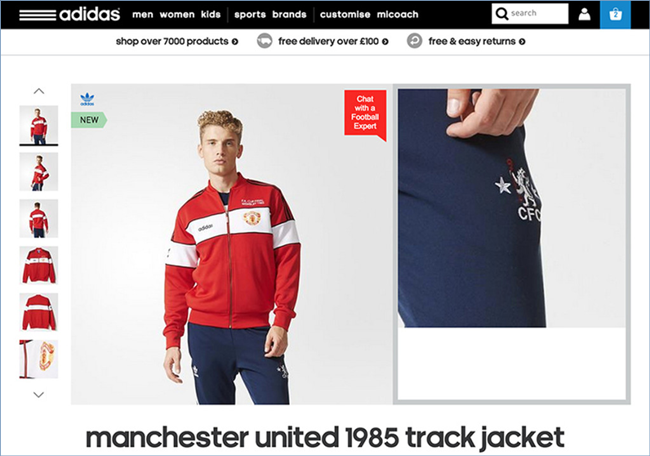 Unsurprisingly, the page has since been stripped from the internet.