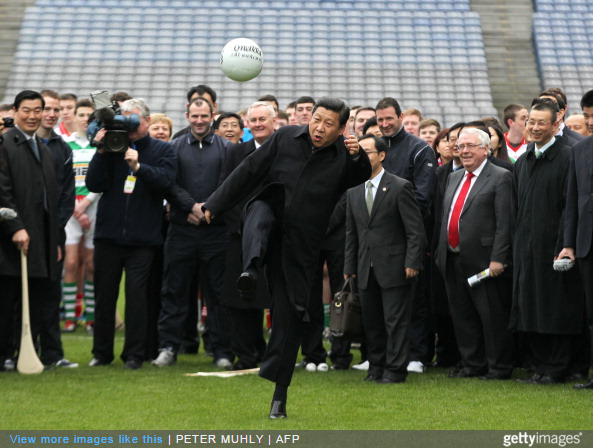 Being an avid Manchester United fan, Chinese president Xi Jinping was rather hoping to squeeze in a tour of Old Trafford during his upcoming four-day State visit to Britain.

As such, Jinping asked his aides to set a little time aside for him to visit the stadium of his favourite team, only to see his grand plans nixed by local council leaders.

However, the council chiefs didn’t just leave their distinguished guest at a loose end, oh no. Thoughtfully, they went and arranged a VIP tour of the home of United’s dearly beloved near-neighbours Manchester City instead.

The venue swap was pushed through by Manchester Council leader Sir Richard Leese (a City fan, it might not surprise you to learn!), who lobbied Downing Street to have the Chinese Embassy switch the visit from Old Trafford to the Etihad in order to show Jinping the redevelopment of the land around City’s stadium.

Leese’s decision to tour the Etihad was backed by his chief executive Howard Bernstein, who, as you may have also guessed, is also a lifelong City fan and currently even serves as the club’s Honorary President.

“I don’t know if they have broken the news to their president yet,” a diplomatic source told Sun Nation.

“Let’s hope he’s not too disappointed after flying 7,000 miles that the nearest he will get to the Theatre of Dream is the home of the enemy, four miles away.”

We’re sure he’ll be positively delighted.