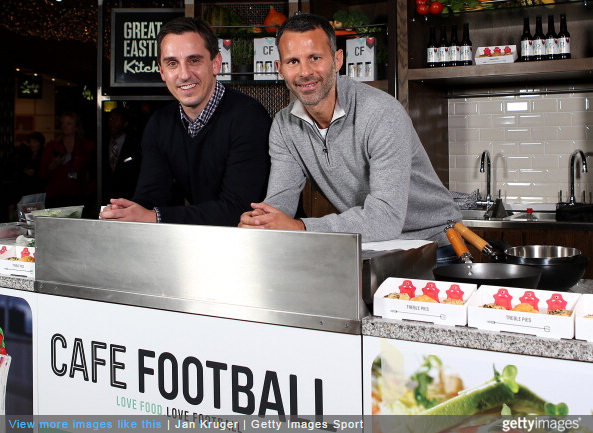 The pair are currently renovating the old Manchester stock exchange building into a “luxury boutique hotel”, though the development has recently become occupied by homeless activists.

The ‘Manchester Angels’ housing activist group moved into the property on Sunday with designs on turning the building into a “one-stop shop” for local homeless people by providing them with a roof over their heads, hot food, health check-ups, advice, workshops and clean clothes.

However, rather than rushing an eviction order through the courts, Neville has said he is “relaxed” about letting the squatters remain on the premises as the cold weather begins to bite.

Wesley Hall, 33, a housing and human rights activist who is leading the protest, said that he broke down in tears following a phone conversation with Neville on Sunday in which Neville said he had always supported homeless people and had no problem with the activists using the hotel to house people during the cold winter months.

“From my point of view, I’m quite relaxed about this,” Neville replied. He added that for the past 10 years he had offered support to homeless people he has seen on the street while walking through Manchester.

“Thank you so much – you don’t understand what you have done for us,” Hall said repeatedly to Neville.

Indeed, Neville’s only stipulation is that his surveyors are allowed to carry on working unhindered.

On the other hand, Hall has promised to leave the building in “as good if not a better state than we found it in” and is planning to fit smoke alarms and locks on the doors, as well as drawing up rotas for cleaning, cooking and manning the door.

How fantastic, and what a thoroughly good egg that Neville boy is.