A superb individual goal from Kevin De Bruyne bagged Manchester City all three points at the Etihad in an exciting clash with Sevilla. 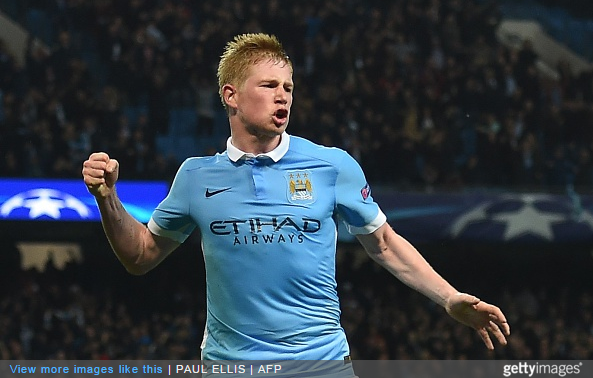 The visitors started brightly with their quick counter-attacking causing problems for a City side who looked open at the back from the off.

The Spaniards eventually took the lead on the half-hour mark, with an unmarked Yevhen Konoplyanka firing home from a Vitolo cross.

However, that lead only lasted six minutes before the Citizens scored. The goal came after superb play from Yaya Touré which set up Raheem Sterling. The former Liverpool man’s effort was saved by Rico González before WIlfried Bony’s resulting shot deflected in off Adil Rami.

Both sides had chances in the second-half, with Kevin Gameiro heading over when the French striker really should have scored.

The introduction of Fernando for Bony on 76 minutes saw Touré pushed forward up the pitch.

With the came heading towards an (entertaining) 1-1 draw, Touré powered forward before feeding De Bruyne. The Belgian playmaker cut inside the Sevilla defender, who was far too easily beaten, before firing home to give City a precious victory.

The win sees the Citizens go second in Group D, one place behind leaders Juventus and well-placed ahead of the fourth Match Day.