Anthony Martial’s first Champions League goal secured a share of the points for Manchester United in Moscow on Wednesday night. 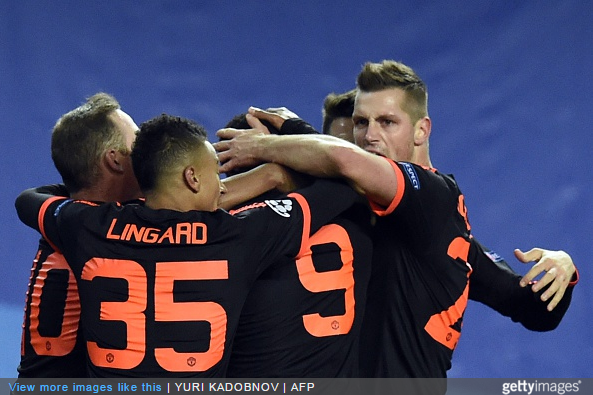 The Red Devils started with Martial on the flanks and Wayne Rooney in the central striking berth.

However, it was CSKA who would draw first blood. The goal, from Seydou Doumbia, came after Martial had initally handled the ball in the box. However, David De Gea produced a superb save from Roman Eremenko’s resulting spot-kick, only for Doumbia to fire home the rebound.

Rooney, just one off drawing level with Manchester United’s second all-time top-scorer Denis Law (who is on 237), was quiet as the Red Devils toiled in the first period.

De Gea then made a superb save from a long-range Ahmed Musa effort.

Louis van Gaal brought on Marouane Fellaini for Bastian Schweinsteiger at the break, as he looked to kickstart a flaccid display by the visitors.

Both sides then pushed for the winner but would, ultimately, have to be content with a point each.