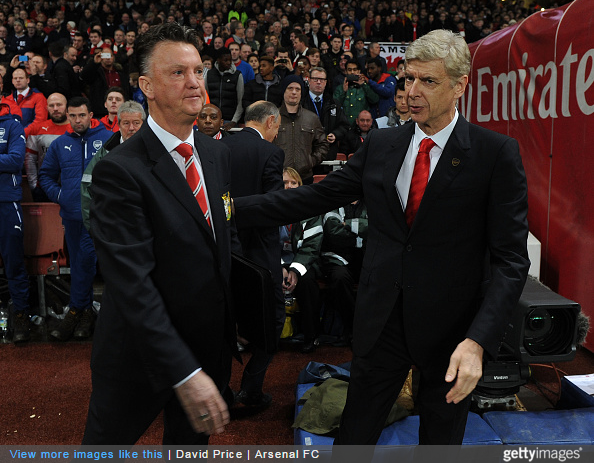 It’s that time of year again, when Christmas is coming, the goose is getting fat and the same tedious annual debate about the Premier League’s winter break or lack thereof farts back into life.

Having managed exclusively in leagues that observe the practice of footballing hibernation before arriving at Manchester United, Louis van Gaal has been very outspoken of late about the Premier League’s festive schedule.

Safe to say, the Dutchman isn’t a fan:

I think that is the most evil thing of this culture. It is not good for English football,

It is not good for the clubs or the national team.

England haven’t won anything for how many years? Because all the players are exhausted at the end of the season.

No, inferior players. That’s the reason.

Anyway, when pressed about the same subject, Arsenal manager Arsene Wenger positioned himself at the absolute other end of the emotional spectrum.

Indeed, Wenger, a 66-year-old adult male, admitted to a room full of journalists that he would probably burst into tears if his traditional Christmas football was taken away from him:

I have a lot of respect for Louis van Gaal but I don’t agree with him on that.

Maybe it’s because I’ve been in England for such a long time.

I had his ideas when I arrived here but today I would cry if you changed that because it’s part of English tradition and English football.

To suppress the game on Boxing Day, the whole of Europe comes to England to watch the game.

It’s a very important part of us being popular in the world, that nobody works at Christmas and everybody watches the Premier League.

Woah! There’s no middle ground at all there, gents. It’s either the work of Beelzebub or sweet, silent tears of Gallic pain. Nothing in-between.