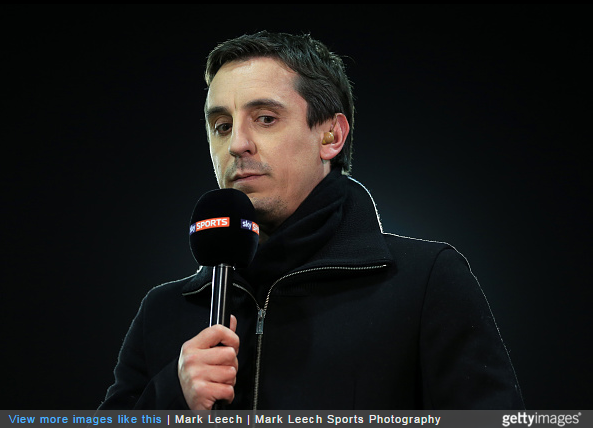 You may remember earlier in the week when we brought you news of Gary Neville and Ryan Giggs doing the decent thing by letting a local group of homeless activists take up residence in the old Manchester stock exchange over winter as the former Manchester United pair continue to renovate the building into a new luxury hotel.

The Manchester Angels housing activist group moved into the building last weekend with the intention of setting up an impromptu “one-stop shop” for local homeless people to get a hot meal, sleep with a roof over their head, get health check-ups and the likes.

Rather than sending them packing, Neville told the press he was “relaxed” about letting the Angels use his property over the chilly winter months on the one proviso that they, a) allow his surveyors to work unhindered, and b) leave it in decent nick when they move out when work begins on the site in February.

Now, if you need any more proof that Nev is a thoroughly good egg, he’s also dipped into his own pocket to install showers, toilets and lighting in the old stock exchange building on behalf of the protesters.

According to the Manchester Evening News, the Sky Sports pundit has also organised for staff from his Hotel Football (which he also co-owns with Giggs) to provide meals for the homeless campaigners three times a week.

He [Neville] is paying for electricians; plumbers; builders and other tradesmen to come and install temporary shower units; bathrooms; toilets; lighting etc so that the building is habitable over the winter period.

Gary Neville is arranging for Hotel Football Old Trafford to make an evening meal for the homeless on Mondays, Wednesday and Fridays so that they get a well-balanced nutritious meal three times a week from his chefs.