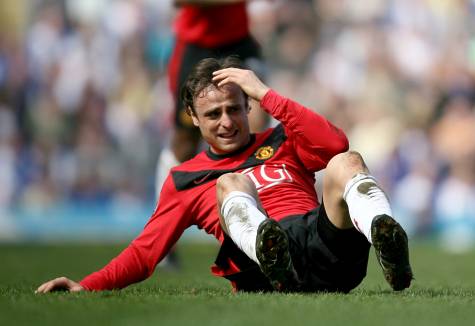 Manchester United manager Sir Alex Ferguson has reportedly finally reached the end of his tether with misfiring striker Dimitar Berbatov, and is prepared to make a huge loss on the £30 million Bulgarian in a bid to offload him in the summer.

The languid forward has struggled to make any sort of consistent impact during his 18-month stay at Old Trafford, and his no-show against Blackburn Rovers on Sunday may prove to be the final nail in the coffin of his United career – with Sir Alex now convinced that the 29-year-old isn’t up to leading the line in the absence of Wayne Rooney.

United have been linked with summer moves for a clutch of world class strikers (Karim Benzema/David Villa/Sergio Aguero etc.), but they will find themselves extremely lucky to even recoup half of the exorbitant sum they paid Tottenham Hotspur for Berbatov a-year-and-a-half ago to put toward any prospective replacement.