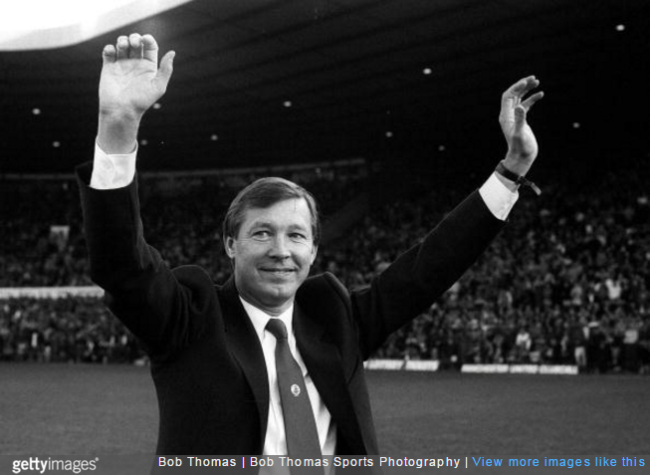 Following the sacking of Ron Atkinson in November of 1986, Manchester United were on the prowl for a new manager.

A young firebrand by the name of Alex Ferguson was hot property, having broken the Old Firm’s grip in Scotland while manager of Aberdeen, and having briefly managed Scotland.

In 1982, he’d rejected an offer to manage Wolverhampton Wanderers, and had been linked with the manager’s job at Liverpool after Joe Fagan retired in 1985.

In 1986, Tottenham Hotspur had a dabble at trying to tempt him south of the border, but Ferguson turned them down and they went for David Pleat instead. And he also turned down the Arsenal job too, leaving the way clear for George Graham.

However, Manchester United proved too big an offer to turn down, and Ferguson was soon to be unveiled at Old Trafford in all his finery…

During the next 26 years he would win 38 trophies, including 13 Premier League titles, five FA Cups and two Champions League titles as he oversaw United’s ascension to become one of the biggest clubs on the face of the Earth.

Not a bad choice, as it turned out.