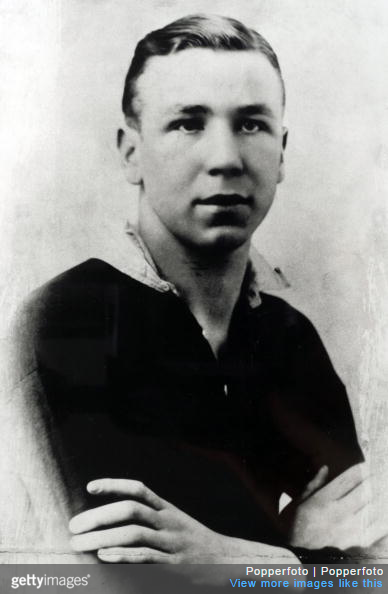 It’s with the red half of Manchester that Matt Busby is most closely associated, but his footballing story began over in the blue half at the tender age of just 20.

Busby, the son of Lithuanian immigrants, was born in the mining village of Orbiston in Lanarkshire and started working down the pit while playing part-time for local side Denny Hibs. He was promptly spotted by City and, at the age of 18, signed a contract with the First Division club worth a princely £5 per week.

He had to wait 18 months for his first team debut, and played as an inside left forward in a 3-1 home win over Middlesborough. He went on to score five goals in 12 appearances in his maiden season.

Shunted back into midfield, Busby went on to enjoy eight successful seasons with City, and was part of the team that won the FA Cup in 1934.

He moved to Liverpool for four seasons before the Second World War rudely flared up and stopped the full league programme in its tracks.

During the war he managed an Army side successfully and was set to return to Liverpool as a coach in 1945 when Manchester United offered him the job as manager.

The rest, as they say, is venerable history…