Manchester United failed to spark in attack as the Red Devils held on for a goalless draw at Selhurst Park on Saturday. 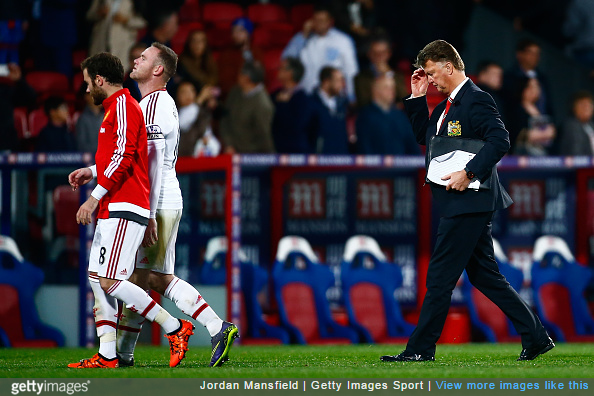 Crystal Palace started superbly and almost took the lead early on, with Dwight Gayle testing David Gea early on before Yannick Bolasie’s powerful effort to come back off the bar (via a fine De Gea stop).

United started to get a hold of the ball more as the half progressed with Wayne Rooney, playing in a central striking role, forcing Wayne Hennessey into a save from a free-kick.

In the second-half, the hosts upped the tempo of their game, with ex-United winger Wilfried Zaha a threat on the flanks.

French midfielder Yohan Cabaye then failed to make the most of a great chance from 10 yards out, as Palace pushed for a winner.

Louis van Gaal moved Anthony Martial, previously stationed out wide, into a central striking berth as the Red Devils looked for more of a cutting-edge.

However, it was defender Scott Dann who would go close next, with his header from a corner just going wide.

Despite both sides trying to win it at the death, the game would ended 0-0 as United, now four points behind leaders Man City, played out their third goalless draw in a row. As for Alan Pardew’s Palace, they go eighth after a decent display which lacked only a goal.