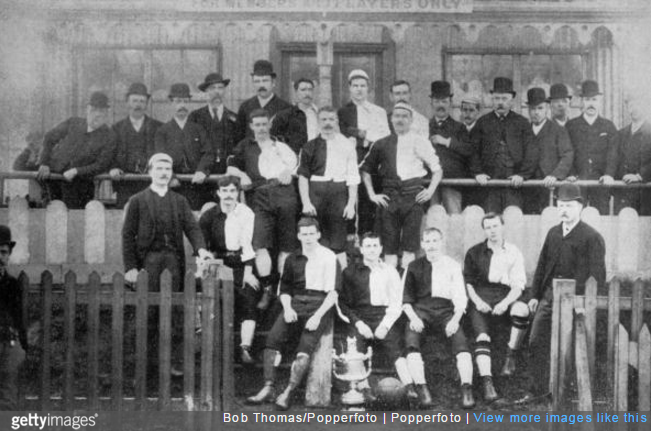 The Newton Heath team photo, circa 1890

It was on 12th November of 1881 that St Marks football club (named after a church in West Gorton, Manchester) hosted near neighbours Newton Heath in a friendly that would be the precursor to one of the fiercest rivalries in football.

The Heathens beat the Saints 3-0 and the match was quaintly described as “pleasant” by a reporter from the local newspaper.

The Saints would eventually change their name to Manchester City, while Newton Heath became Manchester United in 1902. ‘Pleasant’ is not a word often employed by correspondents covering today’s encounters between the two sides.

The first ever Football League meeting between the two teams came in 1894-95, with Newton Heath running out 5-2 winners at City’s old Hyde Road ground.

The first derby in the top flight of English football came in 1906, when City won 3-0. The game attracted gate receipts of £1,000 – a pretty hefty sum at the time.

There have been 169 competitive meetings between the two sides in total; United have won 70 and City 49, with 50 draws.