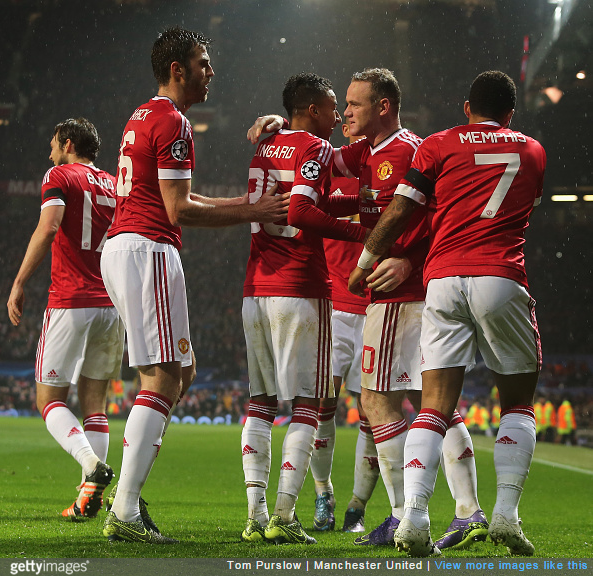 The hosts started well, with Marcos Rojo always a threat on the left flank.

Rooney set up a chance for Jesse Lingard as the hosts dominated possession.

In the second period, the Old Trafford faithful grew frustrated at the hosts’ dwindling goal threat. And the introduction of Marouane Fellaini for Anthony Martial just after the hour-mark was greeted with disbelief. However, the big Belgian re-energised the home side as they looked for a goal.

In-form striker Seydou Doumbia gave the hosts a scare on 78 minutes, forcing a save out of David De Gea and a block from Chris Smalling.

However, soon after the Red Devils finally made the breakthrough, with Rooney heading home from a Lingard cross.

That goal, which ended a run of 404 minutes without  goal for United (and three 0-0 draws in a row), sees the Premier League giants go top of Group B. It also sees Rooney go level with Denis Law on 237 goals for the club (Bobby Charlton remains top on 249). However, despite the win, Van Gaal still has a lot of work to do to satisfy the goal-thirst of the United faithful.