This comparatively modern cut-and-splice phenomenon is one we’ve stumbled across on Pies before, and also one we just can’t seem to grasp the reasoning behind. The public displaying of split loyalties is tantamount to footballing heresy in our eyes.

Anyway, to that end, this Glossop North End fan was spotted at a recent Northern Premier League game sporting what must surely go down as one of the most baffling half-and-halfers in existence… 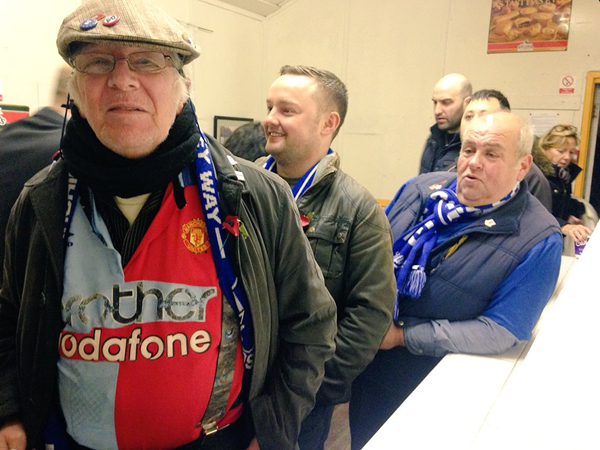 Yeesh. There goes one brave soul – parading around Manchester wearing that thing.

He must have one heck of an explanation.