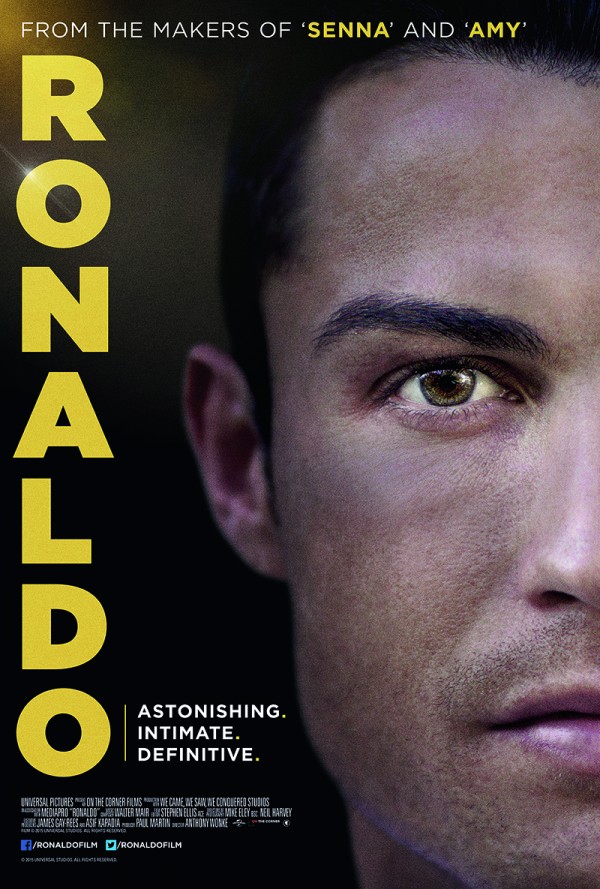 Something to forever be thankful for, The Wall Street Journal have watched the new Cristiano Ronaldo movie so we haven’t got to.

Paying close attention to the facts and figures, the WSJ have broken down the screen time allocated to various aspects of Ronaldo’s life and career.

Despite only being 89 minutes long in total, a relatively massive 10 minutes is devoted to Ronaldo either wearing an expensive tuxedo or going completely shirtless.

Ronaldo strips off to brush his teeth, to celebrate a goal in the Champions League final, to work out in the pool and, on one occasion, to check out his abs on a private jet.

By comparison, there are but 19 seconds of footage of him cutting his teeth at Manchester United. Indeed, more time is devoted to Ronaldo singing along to a Rihanna song.

The scores on the doors read as follows… 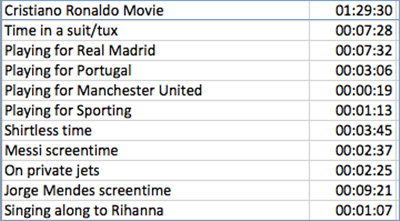 All in all, the whole thing sounds exactly like the kind of dross we expected it to be. The documentary could have provided us with a candid portrait of a footballing superstar’s fragile psyche, but instead we’re being flogged a slick hour and a half of pointless chintz.