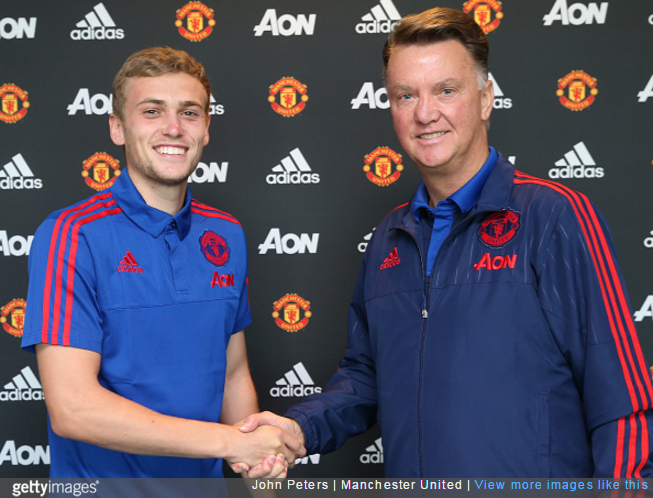 With injuries and illness abound at Manchester United at the moment, it looks as though Louis van Gaal is to entrust young James Wilson with a starting berth against Watford on Saturday afternoon.

With his name at the forefront, United’s official club website conducted a quick Q&A session with Wilson in which they grilled the 19-year-old striker about the fastest, most athletic, toughest tacklers, best passers and best finishers he’s played both with and against so far in his short time as a pro.

However, Ancelotti-esque eyebrows were raised when Wilson was asked to name the fastest opponent he’d ever come up against.

Yep. Stephen ‘The Blur’ Ireland is the fastest player that James Wilson has ever been on a football pitch with.

We wouldn’t have guessed that in a month of Sundays.