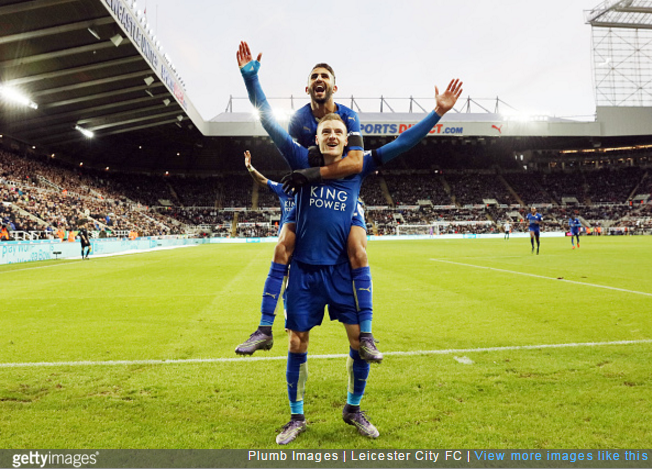 Congratulations are most definitely due to Leicester City striker Jamie Vardy, who equalled Ruud van Nistelrooy’s record by scoring in 10 consecutive Premier League games with a goal in the Foxes’ 3-0 win over Newcastle this afternoon.

In one of those weird coincidental quirks of the universe, Vardy’s 11th and potentially record-breaking match will come against Manchester United next week.

Like we’ve said before elsewhere, it’s slightly strange that nobody mentions John Aldridge when talking about the top flight consecutive scoring record (he scored in 10 games on the trot for Liverpool over the cusp of the 1986/87-1987/88 seasons), but we guess that’s because football only really got going properly when Sky Sports stuck their oar in in 1992.