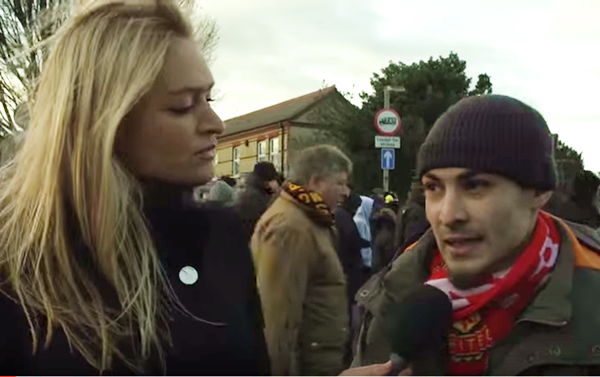 “I’ve been a Manchesterpool City fan all me life love”

As part of their preamble for Saturday’s game between Watford and Manchester United, Soccer AM sent reporter Laura Woods down to Vicarage Road to mingle among the supporters.

To pass the time, Woods challenged fans on their knowledge of United players of yesteryear.

Step forward Mr “Manchester United Fan For 30 Years”, who singularly failed to put a name to the face of George Best – perhaps the most iconic United player of all time and a man with a giant bloody statue plonked right outside Old Trafford.

Prepare to cringe and cringe hard…

We despair. We really do. And to think, a proper fan could’ve had that ticket.