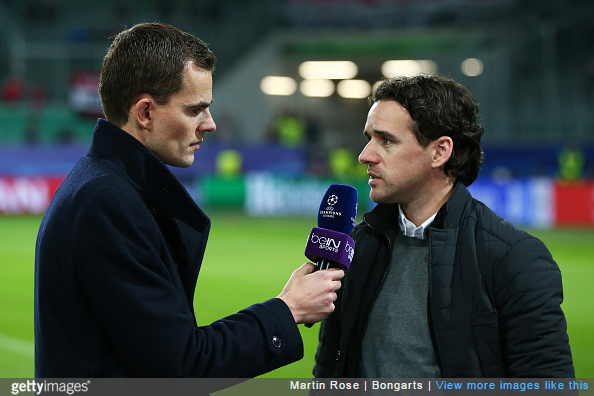 Being a Manchester United old boy, Owen Hargreaves gave BT Sport viewers an honest and candid – if slightly unwitting – assessment of his former club’s current predicament during a segment of the channel’s pre-game coverage in Wolfsburg last night.

Hargreaves was caught off guard when studio host Gary Lineker threw live to him and Des Kelly stationed pitchside at the Volkswagen Arena, when he was heard murmuring about Louis van Gaal’s decision to leave his only Champions League winner, Michael Carrick, on the bench for such a big game…

Not to be pedantic or anything Owen, but both Juan Mata and Bastian Schweinsteiger have previously won the Champions League too by our reckoning.