Manchester United crashed out of the Champions League on Tuesday night, after going down 3-2 to Wolfsburg in a dramatic Group B clash. 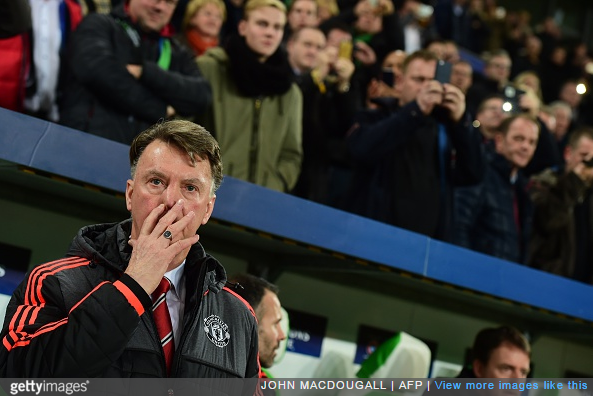 The Red Devils started with young Uruguayan right-back Guillermo Varela, and it was another more feted youngster, Anthony Martial, who would open the scoring for the visitors on 10 minutes. However, while the visitors looked sharp in attack, a shaky looking United backline conceded just three minutes later, with Brazilian centre-half Naldo volleyed home. Then on the half-hour mark, Portuguese wideman Vieirinha finished off a superb move from the Bundesliga side. Just before the break, the Red Devils thought they had equalised, only for Jesse Lingard’s curling effort to be correctly ruled out of offside.

United pushed for a goal in the second-half but they looked to be heading out of the competition until, on 82 minutes, French midfielder Josuha Guilavogui put through his own net from a corner. With fellow Group B hopefuls PSV going 2-1 up against CSKA Moscow, United, still needed a win to go through to the knockout stages. However, instead they would see Naldo score his second of the game at the death to condemn the Premier League side to a 3-2 defeat and a place in the Europa League.

After the game, Louis van Gaal was adamant that his side have made progress this year, but the pressure on the Dutchman to turn his big-money dealings into (an entertaining success) on the pitch continues to grow.