Not content with booing their own team, or throwing a ripped up season ticket in the direction of their own team’s bench, the ingenious modern football fan now expresses their dissatisfaction with their beloved club by taking to the skies. We’ve already seen anti-David Moyes banners flying over Old Trafford, and according to photos released on Twitter on Tuesday, current Manchester United boss Louis van Gaal could be next in line for an airborne attack this weekend. 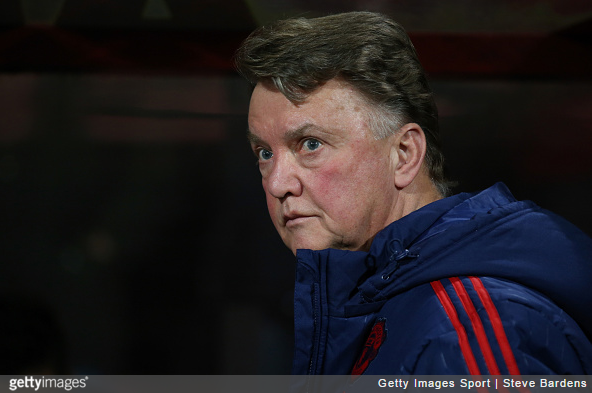 The photo in question was the subject of much debate on Twitter on Tuesday evening, as the pressure on van Gaal increases in the red half of Manchester.

Déjà Vu. And so it begins, again.. pic.twitter.com/MprnrdpHOv

Now, the consensus seems to be that this banner is in fact a fake, with no plans by anyone to take it to the skies over Manchester anytime soon. And to be fair, the banner in the photo only says “Van Gaal”, nothing else. Indeed, in full it may spell out  “Van Gaal is a very lovely man and a fine manager. Hurray for Louis.” However, it does still make us wonder just how stable Van Gaal’s position is in the Old Trafford hot-seat.

After splurging a (much-publicised) quarter of a billion quid on his squad, the results this season have rather disappointing. Failing to make it out of a relatively easy Champions League group while producing some very un-United-like ponderous and dull football, van Gaal’s side look quite a way off the finished article, despite that massive investment.

On the plus side, the Red Devils find themselves in fourth spot in the Premier League table, just six points off the top. However, one still wonders just how long it will be before a ‘Van Gaal Out’ banner will indeed be unfurled above Old Trafford for real.