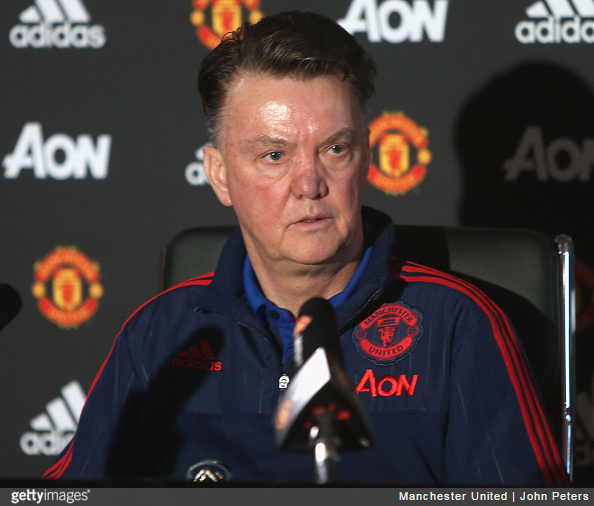 As you may have heard, Louis van Gaal was in fine form at his midweek press conference at Carrington on Wednesday, pugnaciously addressing the media hordes for five minutes before wishing them a Merry Christmas and walking out.

Van Gaal began proceedings by demanding an apology from the assembled hacks in attendance after largely baseless speculation about his imminent sacking had provided the media mileage since Manchester United’s loss against Norwich last weekend.

He then answered just three questions before telling his audience to “enjoy the wine and the mince pies” before scarpering stage right.

Rather pointedly, The Sun have used their Christmas Eve back page to issue Van Gaal the apology he was seeking the day before… 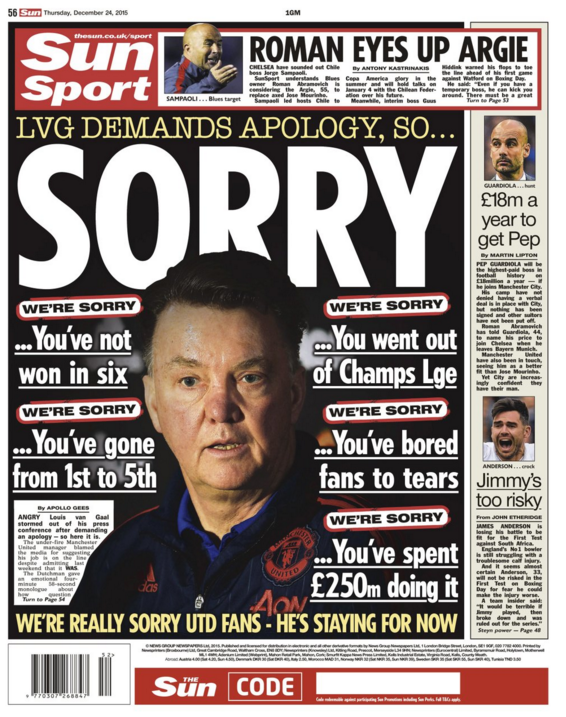 Yeesh. Van Gaal’s next press conference is going to be a scream.