The pressure mounts on Louis van Gaal after yet another defeat for the Red Devils, this time (deservedly) at the hands of Stoke City. 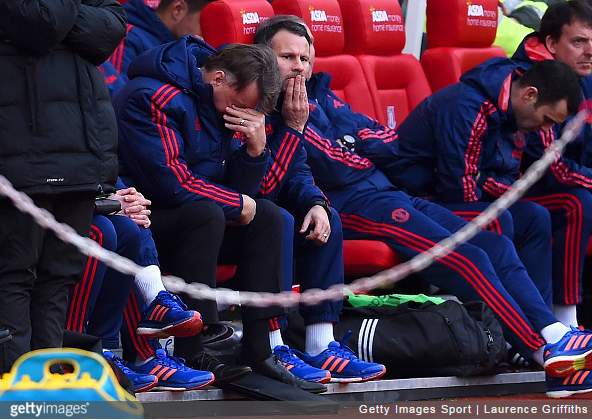 Starting with Wayne Rooney on the bench, the visitors to the Britannia Stadium were dismal in the first-period. Bojan opened the scoring after a dreadful back-header from Memphis Depay before in-form attacker Marko Arnautovic fired home a superb effort after Bojan’s free-kick came back off the United wall.

After the break, Rooney appeared and his side improved. However, they couldn’t find a goal and were ultimately well beaten by Mark Hughes’ vibrant side, with van Gaal’s reign in the Old Trafford hot-seat looking increasingly likely to end sooner rather than later.