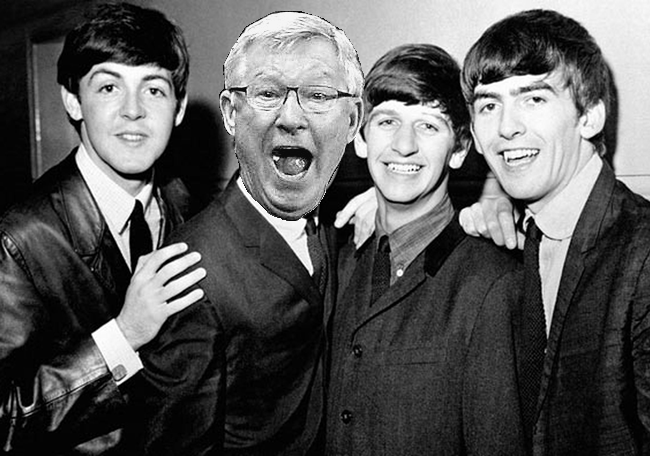 Sir Alex was the walrus

Liverpool boss Jurgen Klopp is definitely quick with a joke and a light of your smoke, and he’s never shy to throw  an easily digestible quip or colloquialism in there either.

Ahead of his first ever game against Manchester United, Klopp was asked about the spectre of Sir Alex Ferguson that continues to haunt Old Trafford.

I had a few really good moments with him It’s a big honour to talk to Sir Alex, for a manager it’s the best you can do to listen, although I needed ten minutes to understand.

Maybe he is the greatest ever – the John Lennon of football. It was really impressive to talk to him.

Louis Van Gaal and myself are different. That’s normal. I think I’m different to everyone in the room.

We’ve met a few times and had a few intensive games. We both need to be successful. It’s a different idea of football, but we’re not saying we have a better idea.

It is always about possession but we have different characters. Maybe I’m more lively on the sidelines. We will see.

The good news for everyone is it’s not one-on-one, Van Gaal versus Jurgen Klopp.

Can you just imagine the furore if Brendan Rodgers had referred to Sir Alex as ‘the John Lennon of football’? Fine lines.