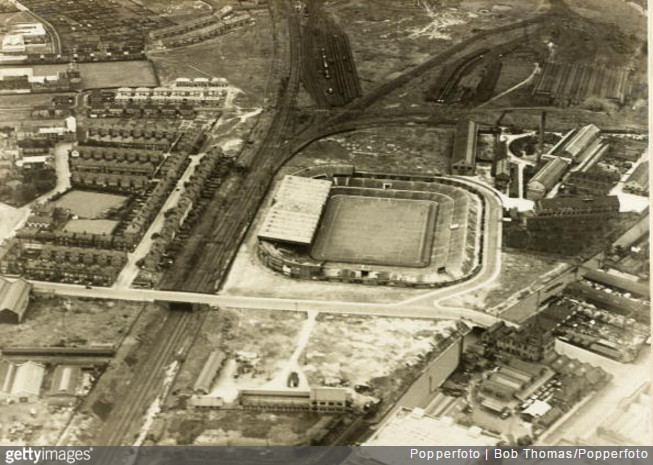 One hundred and six years ago today, on 19th February 1910, the United Football Ground staged its very first game.

It has since been rechristened as Old Trafford (in 1936 to be precise) and the inaugural tie it hosted – Manchester United versus Liverpool – has subsequently become one of the most fiercely-contested in football.

A total of 45,000 fans attended that first game in a stadium that boasted a capacity of 80,000. The original plan was to construct a 100,000-capacity stadium but the designs were soon re-jigged by leading stadium architect du jour, Archibald Leitch.

The stadium cost £60,000 to build (at a time when transfer fees were rarely above £1,000) but costs soon began to spiral further – sound familiar? – and capacity was reduced to 80,00 to cap the spending.

The club were already commonly referred to as ‘Moneybags United’ by opposing fans. This new venture didn’t do anything to change that image.

For the record, Liverpool won that first game 4-3 – Arthur Goddard and Jimmy Stewart helping themselves to two goals apiece for the visitors.

Anyway, the ground was substantially upgraded during the 1950s and 60s, with the roof running around the circumference of the stadium finally completed in 1973.

It was one of the finest stadiums in England, but changes culminating in the mandatory introduction of all-seater stadiums took the capacity down to an all-time low of 44,000 in 1992.

Since then, substantial investment has taken capacity back up to 75,635 – making it the largest football club stadium in the United Kingdom (with 15,000 more seats than The Emirates) and the eleventh largest in Europe.