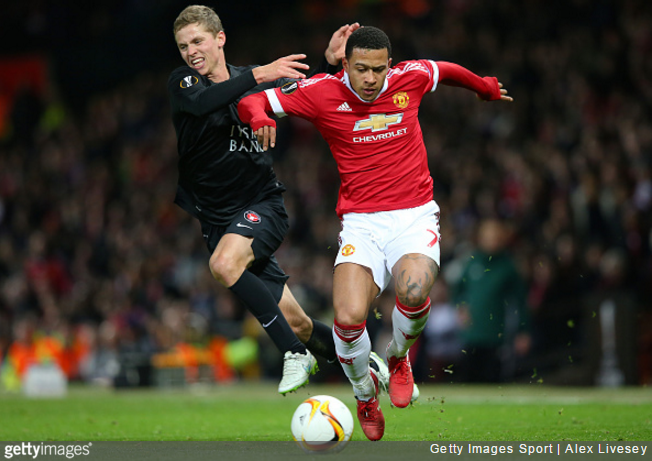 Tasked with man-marking Memphis Depay, the Danish defender was nutmegged into oblivion by the long-dormant winger, who finally turned in a performance worthy of his bloated transfer fee after idling for the past several months.

Depay proceeded to destroy Romer with a string of intricate nutmegs and flicks before going on to score the fifth goal in the 90th minute of United’s 5-1 rout – one minute after the visibly knackered Midtjylland man was sent off after picking up a second caution.

After the match Romer cut a disconsolate figure, admitting that Depay’s remorseless rogering had left him a very sore man indeed.

I have never been this close to crying after a match. I am devastated, and it’s not going to be a good night’s sleep.

Memphis is the best player I have ever faced. It is difficult to argue for anything else when he plays like this. He is the best. He can do anything. He will go inside, outside, turn me around and use his incredible pace to get past me.

Obviously, I would have loved some more backup, but when I am the one being destroyed over and over, it is not fair to blame my teammates for anything.

The second yellow card is a redundancy. Completely unnecessary. It will be a game I remember for a very long time.

And not in a good way, we suspect.

Fair play to the guy for being so honest about his ordeal.

In fairness, the way Depay played last night, most full-backs in the world would’ve struggled – let alone one who’d only played one competitive game in the two months prior.

Chin up, Andre. It’s all over now (save the night terrors, of course).