The draw for the last 16 of the Europa League has just been performed in Nyon and the plastic balls of fate have coughed up more than a few choice fixtures.

First up is the all-Premier Leaguer between Liverpool and Manchester United, while Tottenham have snagged a tricky two-legger against Borussia Dortmund.

The Europa League round of 16 draw in full: 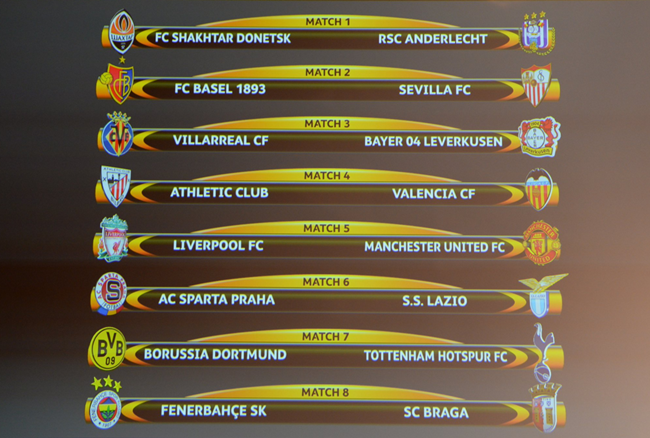 The first leg of Liverpool versus United is scheduled for March 10th – the very same day Tottenham traipse off to Dortmund.

The return matches are one week later.