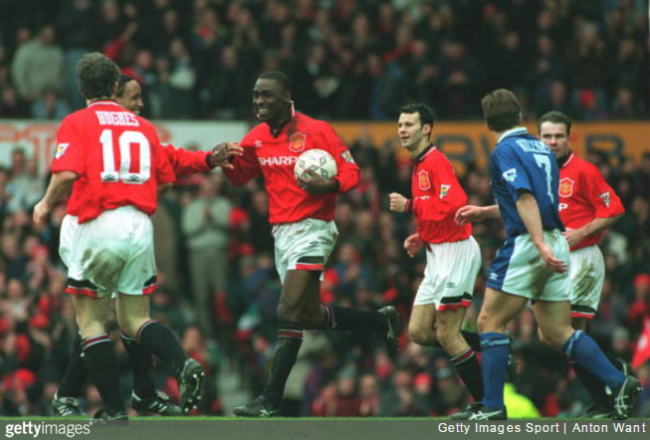 Ipswich Town fans, look away now. Exactly 21 years ago today, the Tractor Boys were thrashed 9-0 by Manchester United at Old Trafford in what is still the biggest winning margin in Premier League history.

Scorers for United on the day were Andrew (née Andy) Cole with five, Mark Hughes with a couple and Roy Keane and Paul Ince with one each.

All of which prompted us to revisit some other monster scores in world football.

The record for the biggest margin of victory in professional football has stood since 1885, when Arbroath played Bon Accord in the Scottish Cup and ran out winners by the not insignificant scoreline of 36-0. Arbroath were 15-0 up at half-time, and had seven goals disallowed for offside.

The record was surpassed by the astonishing 149-0 defeat suffered by SO L’Emyrne against AD Adema in the Madagascan national championship play-off in 2002. However, SOE threw that game in protest at a refereeing decision in an earlier game that had handed Adema the title. Every single one of the 149 goals was an own-goal.

Similarly dubious goings on led to the scoreline in the match between Plateau United Feeders and Akurba FC in the Nigerian league in 2013 when, with Plateau needing to boost their goal difference to win promotion, they managed to knock in 72 second half goals to win 79-0. Both sides were duly suspended by the Nigerian FA.

The record for largest victory in an international game is Australia’s 31-0 thrashing of American Samoa, the background to which is laid out in the superb film Next Goal Wins.

We thoroughly suggest you give it a watch.