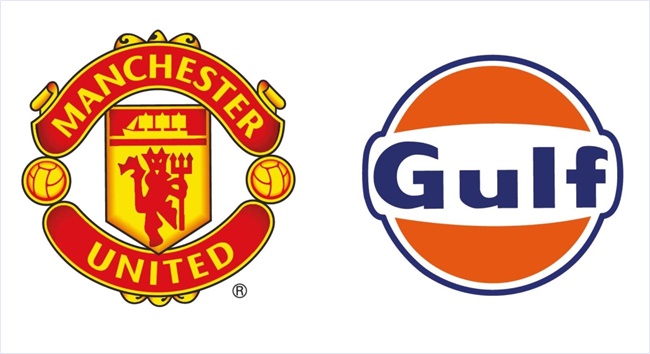 Why, it only seems like yesterday that we were bringing you news of Manchester United’s landmark deal with Japanese firm Yanmar to produce the club’s first official piece of heavy-duty farm machinery.

Proving that these are indeed heady times at Old Trafford (despite what the largely dismal efforts on the pitch might have you believe), United have announced today that they can now boast the addition of an official “global lubricant partner” to their ever-swelling corporate portfolio.

The punchlines write themselves.

Anyway, United’s club website proudly crows that the club have struck a “ground-breaking” deal with Gulf Oil that will see the company become the Reds’ “global lubricant and fuel retail partner” for the next three years.

With its heritage rooted in the first discovery of Texan oil in 1901, the now-global lubricants and fuel retailer’s distinctive orange disc will feature on the club’s digital perimeter boards during Premier League, FA Cup and League Cup matches at Old Trafford.

The agreement will enable Gulf Oil International […] to engage with United’s worldwide family of fans, including its 325 million followers in Asia, which Gulf sees as a major area of focus, having a strong presence in India and rapidly developing-businesses in China, the Middle East and Indonesia.

All Pies can do is thank everybody who made this momentous thing happen.