Ahead of Tottenham’s 3-0 win against Manchester United on Sunday, one of the officials produced a rather odd display of self-motivation in the White Hart Lane tunnel. 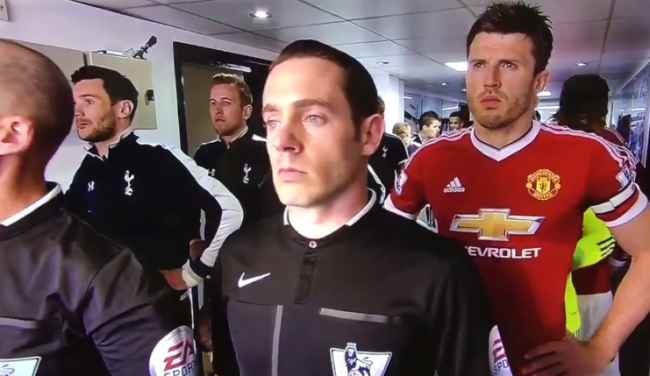 Linesman Eddie Smart was more pumped up than the players, although one wonders if he was (over) performing for the cameras. Still, it’s quite scary!!….

#ThatMomentWhen The linesman is more pumped for the match than the players.pic.twitter.com/83fD8pjlVk

Maybe if Michael Carrick and the rest of the United side had showed similar pre-match focus, they’d have produced a better performance on the day!

Goals from man of the moment Dele Alli, Toby Alderweireld and Erik Lamela secured a well-deserved 3-0 win for the Lilywhites, who go seven points behind league-leaders Leicester. Louis van Gaal’s Red Devils, on the other hand, stay fifth, four points off a Champions League spot.