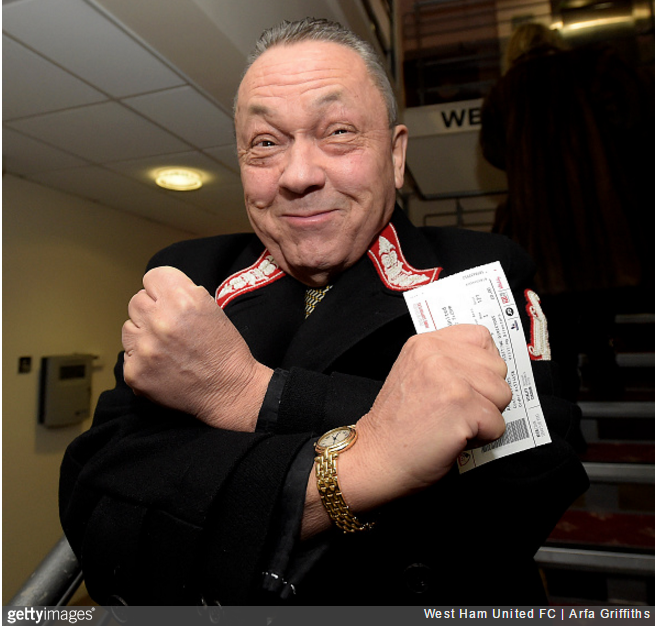 Kick-off of West Ham’s final game at the Boleyn Ground had to be knocked back from 7:45pm to 8:30pm after the Manchester United team bus was besieged by unruly Hammers fans as it made its way down Green Street.

Windows were shattered as the United bus was pelted with bottles and other sundry missiles as police struggled to quell the ugly scenes right outside the ground.

Strangely, sympathy was in short supply from West Ham co-owner David Sullivan who used his pre-match interview with Sky Sports to bemoan the preferential treatment United were apparently receiving by having the kick-off delayed:

I’m gravely disappointed, more for our supporters. What people forget is they’ve got trains and buses to get home and we’ve got a wonderful, wonderful show after the game for them. many just can’t stay any more.

United should have got here at 4pm. They know it’s our last game. They had the same problem at Tottenham a few weeks ago. I think the police and officials have been kind. I’d make them kick-off at 7.45pm if I was in charge.

Asked directly about the unrest outside, Sullivan replied: “If you check the coach there won’t be any damage to it.”

Sorry Dave, but the following photos beg to differ…

Morons, spoiling what should be an ebullient and celebratory night for everybody else.