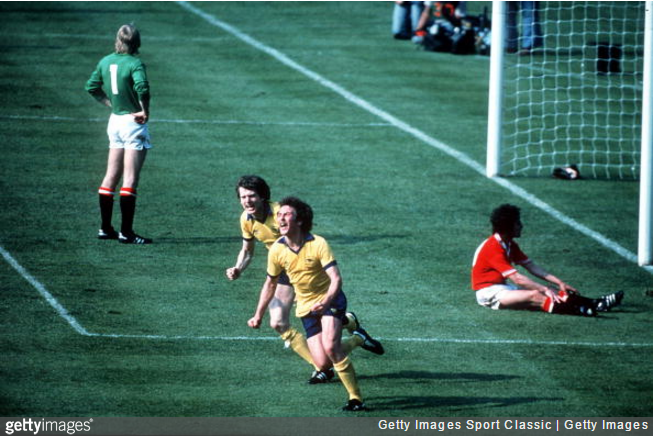 Now, we’ve covered a few retro-flavoured items recently that will have no doubt reminded Arsenal fans of more than a few moments they’d rather forget.

So, in an attempt to redress the balance things out, here’s a moment the Gooners of a certain vintage out there won’t mind revisiting one little bit.

On 12th May 1979, Arsenal met Manchester United in the FA Cup Final at Wembley. It turned out to be a bit of a ding-dong.

Midfielder Brian Talbot opened the scoring for the Gunners on 12 minutes, before striker Frank Stapleton nodded in a second two minutes before half-time.

Arsenal defended stoutly for the majority of the second period and, with four minutes to go it looked like the trophy was theirs.

However, it was then that the floodgates opened. Gordon McQueen steered one in from a set piece in the 86th minute then, two minutes later, Sammy McIlroy somehow tip-toed his way through several increasingly desperate challenges to prod home United’s equaliser.

Extra time looked all but certain – that was until, with less than a minute left on the clock, Alan Sunderland sidled in to volley home at the far post and secure Arsenal’s fifth FA Cup win.

Phew. Even watching it all unfold is draining…