Ahead of their Premier League clash with Bournemouth at Old Trafford, Manchester United sent out a number of their pre-match mascots resplendent in blue face paint to promote the new X-Men: Apocalypse film. 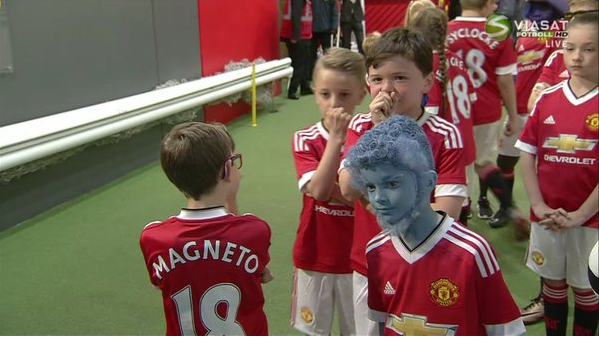 Having linked up with film distributors 20th Century Fox, United got themselves involved in the promotion for Leonardo DiCaprio’s epic The Revenant earlier in the season, with players taking to social media to advertise the movie. 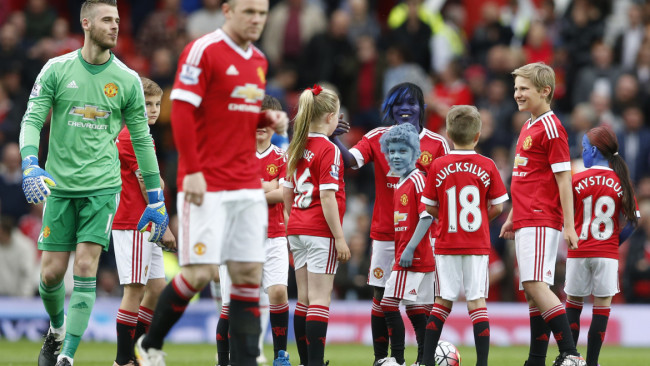 However, on Tuesday evening at a less-than-packed Old Trafford, it was the turn of three of the young mascots to market the X-Men film, courtesy of some blue face paint.

The kids’ jerseys also carried the names of characters from the film, as the club continues to dip its fingers into many pies under the stewardship of big-wig Ed Woodward.

What a shame Louis van Gaal himself didn’t get into the spirit of the whole thing and paint his shiny face blue.