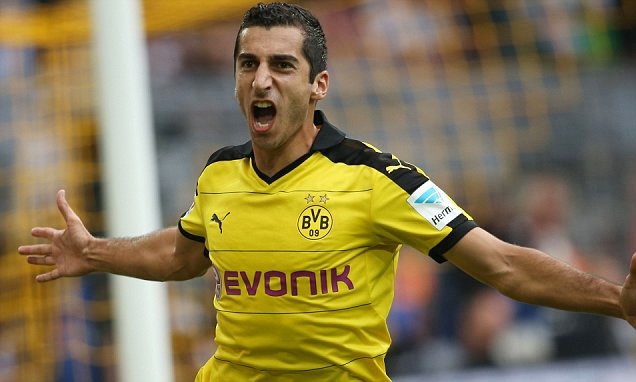 It would appear that Borussia Dortmund are not particularly enjoying watching on as their star names queue up to jump ship, with Mats Hummels and Ilkay Gundogan already nestling in other club’s bosoms as Henrikh Mkhitaryan edges ever closer to joining Manchester United.

Indeed, just as they congratulated Gundogan on his decision to leave the “eight-time German champions” to join “fourth-place Man City” at the start of the month, Dortmund have once again emitted an ever-so-subtly catty statement via their official Facebook page to announce Mkhitaryan’s imminent departure.

Having finished second in the Bundesliga last season and qualified for the Champions League again as a result, Dortmund aimed this little barb at United:

Dortmund would like to wish Henrikh Mkhitaryan all the best for the upcoming season in the Premier League and the UEFA Europa League.

Yeah, have fun in UEFA’s second-tier club competition next year, you treacherous swine!

Those grapes. So sour.