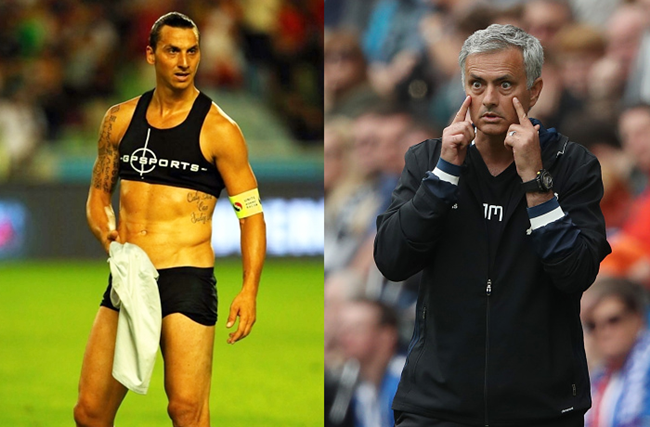 “I do declare Mr Beauregard, you’re givin’ me pow’ful hankerin’s”

He may be entering the twilight of his professional career, but Zlatan Ibrahimovic is still a fine, sinewy figure of a man. This is not news. You’ve pretty much got to be to pull off that ponytail.

The Manchester United striker has plenty of admirers out there, but none more prominent that his new manager, Jose Mourinho, who has been darting coy looks at his newly-crowned No.9 across the rosy smoky haze of the crowded honky-tonk bar.

Indeed, in his first in-depth sit-down interview since being appointed United boss, Mourinho complimented Zlatan on his beguiling physique not once, but twice.

Discussing whether or not the 34-year-old Swede will still be able to mix it amid the rough and tumble of the Premier League, Mourinho told The Guardian:

Yes (Ibrahimovic will cope), because first of all I know him very well.

I always think there’s our age in ID terms but then there’s our ‘real age’ because for me the real age is not the age on your ID. That’s just a date when you were born.

The real age, the real ID is your body, your brain, your attitude and this guy is young, his body is amazing.

Winking coquettishly from behind a silk Chinese hand fan, the United coach continued:

The way (Zlatan) grew up playing the sports he did before football, especially martial arts, he was prepared in terms of his muscles and the mental point of view in a different way to the traditional football player, his DNA, his motivation.

His body is amazing […] So I expect he is going to be very good for us.