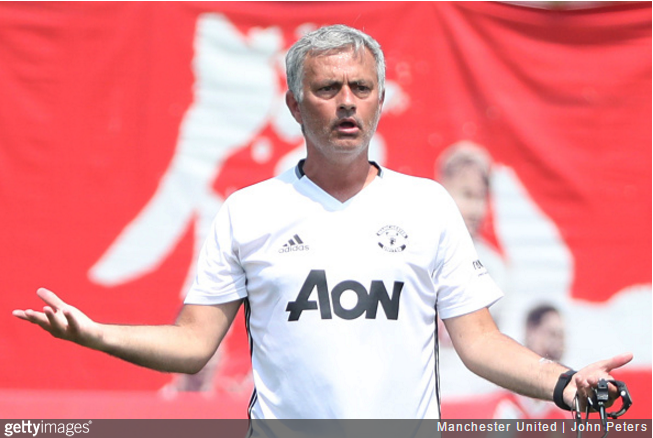 If the Daily Star are to be believed, Jose Mourinho has become the first manager to introduce a blanket ban on his players larking around on Pokemon Go – the augmented reality smart phone fad currently sweeping the planet like a plague pandemic.

Mourinho has apparently informed his players – many of whom are “fixated” by Pokemon Go – that the game is banned for 48 hours before United matches so distractions in the build-up are kept to a minimum.

An unidentified club source whispered in the Star’s ear:

[Mourinho] says for 48 hours before a match, he wants the guys to leave it alone and concentrate on the tactics he and his staff have been working on in the days before.

Very wise. Scenes like this very much need to be prevented…