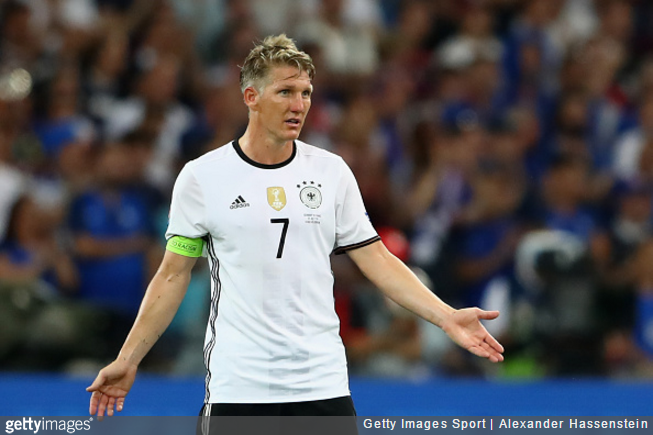 On the very day he found he was one of nine Manchester United players who have been told to find new clubs, Bastian Schweinsteiger has announced his retirement from international duty with Germany.

It’s a day we’d never thought we’d live to see, but after making 120 appearances in 12 years for Die Mannschaft, Basti is bowing out – a World Cup winner, no less.

Handsome young thing. He’s certainly grown into his face since then.

Schweinsteiger broke his big news via a personal statement posted on his social media channels, thanking everybody for their support over the years before adding: “I have just asked the national coach not to take into me in the future in the nomination for the national team.”

What a servant. Schweinsteiger was an ever-present, ever-reliable icon of post-millennium German football.

However, given the extent to which he’s slowed down over the past couple of seasons (he’s only 31, but multiple injuries have most definitely had their part to play), this is probably the right decision coming at the right time if he has designs on extending his domestic playing career.

Regardless, well played that man.