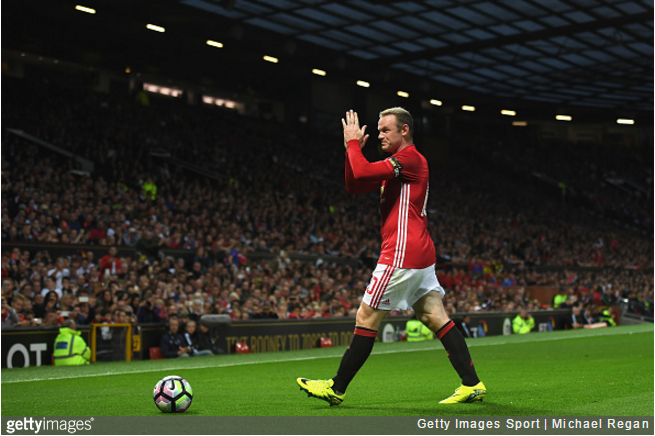 Last night saw Manchester United squeeze in a testimonial match as a nod to Wayne Rooney’s 12 years of service, in which Everton – Rooney’s only other professional club – provided the opposition.

The evening was largely as dull as ditchwater (didn’t testimonials used to be fun?) as the two teams played out a po-faced, competitive encounter that ultimately finished goalless.

However, the deadlock was very nearly broken in spectacular style with just minutes left on the clock when substitute Memphis Depay sensed a chance to open the scoring in dramatic, acrobatic fashion.

Sadly, however, the Dutch winger neglected to remember that his form is in the toilet and simply did this instead…

Well, at least the man of the night (and his son, Kai) got a laugh out of it. Rooney does know a thing or two about overhead kicks after all.