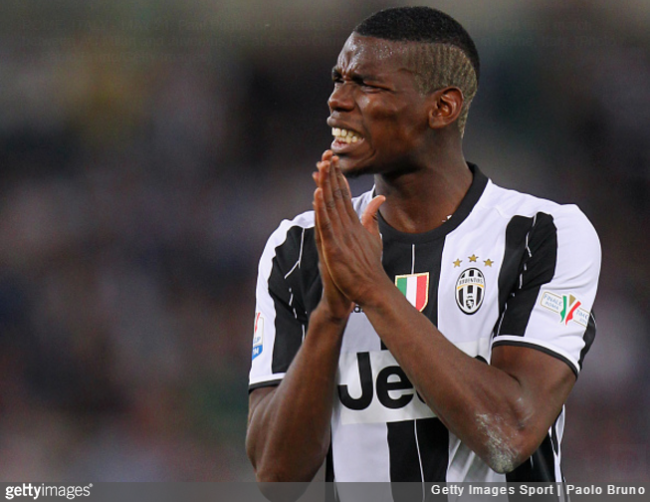 Paul Pogba is joining Manchester United from Juventus. We know this because ever single minute, inconsequential aspect and development of the tedious deal has been covered in forensic detail by all and sundry for the past two months.

Case in point: within half an hour of going live, this largely unspectacular morsel from Manchester Airport had 3,000 retweets.

An important passenger has just touched down at the airport. Can anyone guess who it might be? pic.twitter.com/1HDsXzE7NN

@RobDawsonMEN Can confirm the plane did not travel sideways

@PaulPogba Yes, shin pads are allowed in hand luggage, thanks.

For what it’s worth, Pogba has since been photographed arriving at Manchester United’s Carrington training base.

Good grief, we hope this is all over sooner rather than later.