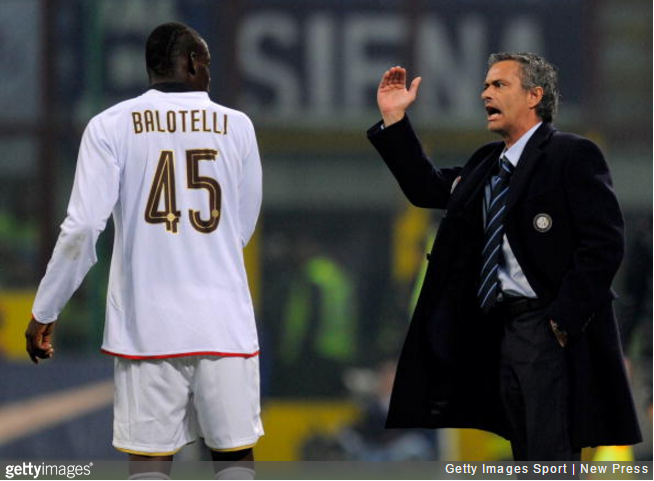 If reports emanating from the Italian press are to be believed, Mario Balotelli has sought the council of his former mentor Jose Mourinho in an attempt to get his increasingly wayward career back on track.

Balotelli is currently stuck in limbo with a list of clubs as long as your arm all ruling out moves for the waning striker since he was told he had no future at Liverpool under Jurgen Klopp.

The likes of Chievo, Palermo, Besiktas and Serie A newcomers Crotone have all been mentioned in passing, but nothing remotely concrete has materialised as yet.

And so, according to Calciomercato, Balotelli arranged a meeting with Mourinho in order to ask for the Manchester United manager’s advice – the pair having worked together, often turbulently, at Inter Milan several years ago.

Mourinho’s supposed pearls of wisdom? (1) Change your attitude and, (B) lower your wage demands.

With insight like that, it’s little wonder the man’s at the top of his profession.