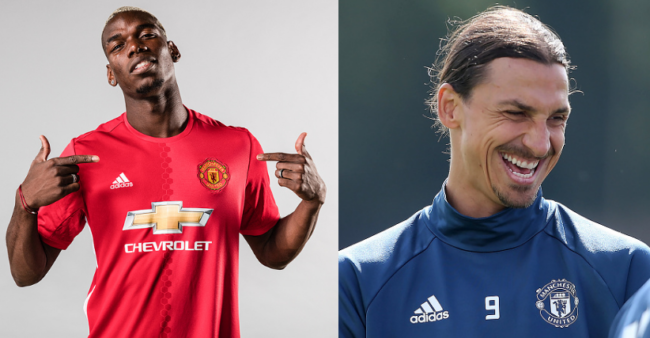 As man of the moment Paul Pogba discussed his grand return to Manchester United with compatriot Thierry Henry for Sky Sports recently, conversation inevitably came around to the pitfalls of having to share ego-space with Zlatan Ibrahimovic in the dressing room.

While the 23-year-old midfielder was nothing but complimentary about Ibra, he did reveal that his new United teammate is a merciless banter-bag of the highest order.

It’s always good to play with big players. I was lucky I played with the top players in Juve too.

A player like him (Zlatan), he wants to make big things so you need to have big players. He loves to joke. Every time I see him he has to say something about my shoes, about my hair.

Pogba then proceeded to bust out a strong Ibrahimovic impression, adopting his finest Swedish accent to really capture the veteran striker’s very essence.

“I am Zlatan Ibrahimovic” 😂😂