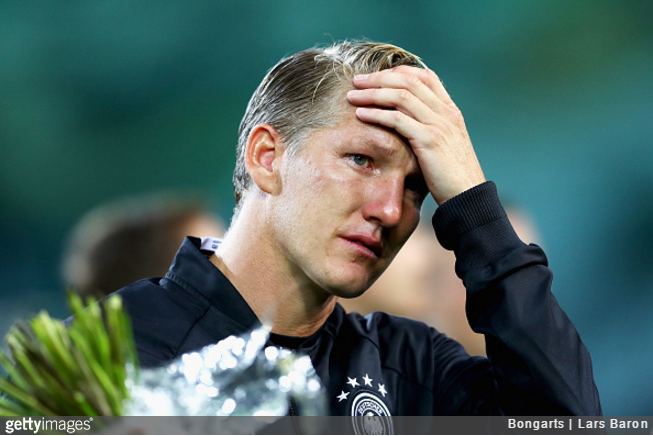 Synonymous with the German national team for well over a decade, tonight saw Bastian Schweinsteiger make his 120th and final appearance for Die Mannschaft.

The veteran World Cup-winning midfielder announced last month that he was planning to bow out and did so tonight with a friendly against Finland.

On an emotional night for the entire German footballing sphere, Schweini did his damnedest to stave off the waterworks, but it didn’t take long for the dam to burst…

Departing captain @BSchweinsteiger struggles to fight back the tears on an emotional night in Germany. #GERFIN pic.twitter.com/bxNwVLSEel

Here’s a bevvy of photos of the night’s festivities (Germany won 2-0, for the record) for you to be going on with…