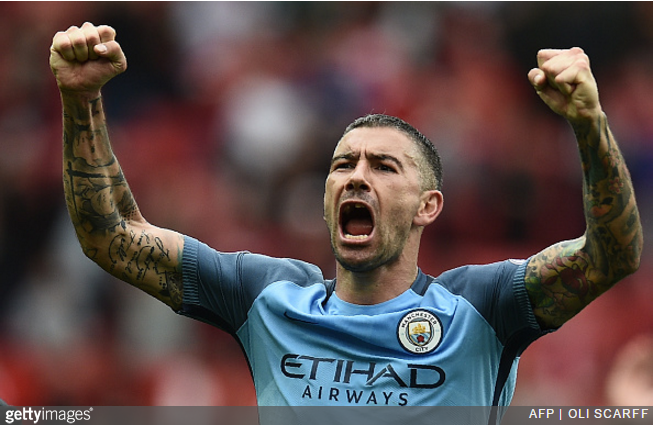 They say you should never leave anything out on the pitch, especially in the big games, but unfortunately for Aleksandar Kolarov he had no choice in the matter during yesterday’s lively Mancunian derby.

The Man City defender put in another impressively stoic shift at the back, but finished the game with one of his teeth missing after being caught by – surprise, surprise – a flailing Marouane Fellaini elbow.

Kolarov was happy to show off his war wound while posing for a post-match victory photo with Willy Caballero, who referred to the Serbian as “a warrior”…

Amazing game 2-1 against United at Old Trafford #cmoncity in this picture with one of my warriors. Can you find the only thing He lost today. #cmoncity #derby #city #ilovethislife #amoestavidanoquierootra 2-1 vs United en Old Trafford Vamos Carajo. Con Kola que perdió algo en la cancha jajajaja

We wondered what that whistling noise was.