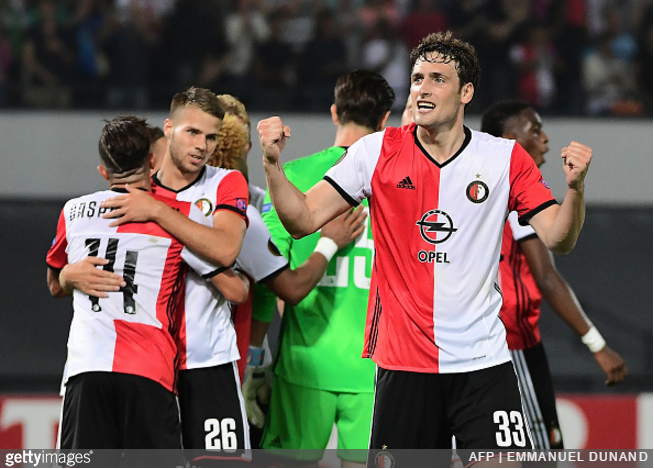 Those were the words of one Jose Mourinho on the very eve of United’s Europa League opener against Feyenoord on Thursday night.

Indeed, if the subsequent level of performance at De Kuip was anything to go by, it very much looks as though Mourinho is attempting to engineer as swift an exit from Europe’s second-tier tournament as is humanly possible.

United were the square root of pathetic on the night and eventually lost out 1-0 to a bang average Feyenoord side – the Dutch side eventually prevailing through sheer persistence and grunt, perhaps epitomised by the tireless shift put in by their venerated captain, Dirk Kuyt.

The only goal of the game came from Tonny Vilhena following a break down the right flank from Nicolai Jorgensen.

United seemed convinced that the lanky Danish striker was offside in the build-up, though the photographic evidence seems to suggest otherwise… 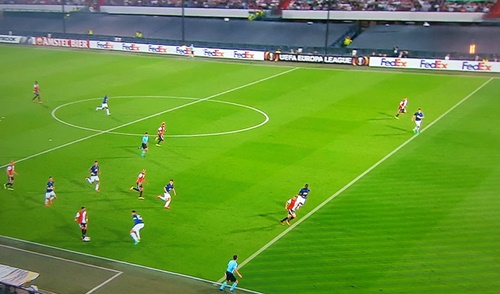 And so, United’s vast, opulent luxury liner came crashing upon the rocks as the likes of Paul Pogba, Zlatan Ibrahimovic and the truly abysmal Memphis Depay repeatedly fell at the first hurdle in their attempts to claw back parity.

And lo, Mourinho was subjected to a 13th defeat in his last 31 matches as stagnant United lost a fourth consecutive European away game for the very first time in their long and storied history.

Yes Jose, you slink away and go think about what you’ve done.