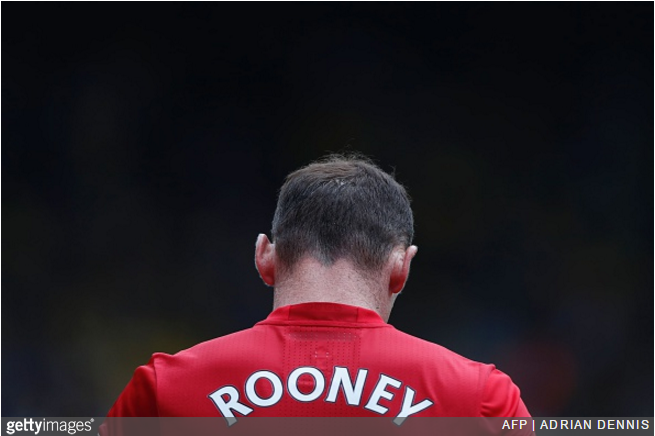 Stoically refusing to see those ships, Wayne Rooney has taken a defiant position against the flurry of condemnation that has been flung his way of late.

Indeed, the Manchester United man has openly called the criticism of his recent performances as “rubbish”.

Talking in an interview with United’s official club website, the 30-year-old       bloke addressed the naysayers thus:

I think I’ve had that my whole career – a little bit more of late, I think, but that’s football.

I listen to my coaches and my teammates, the people around me, and I don’t really listen to what a lot of people out there are saying because a lot of it is rubbish.

I have to focus, work hard, of course, and I’ve done that throughout my career. I’ve worked hard and tried to do my best for the team.

Rooney then went on to discuss his role in Jose Mourinho’s team, claiming that he feels he has the necessary nous to be deployed in a variety of positions.

I’ve done that [played in different positions] throughout my career.

I feel I can play in all positions but I think the manager has made it clear either I’ll play up front or in the No. 10 role and that’s where he sees me playing.

We must admit, we have a begrudging admiration for the lengths and breadths this grand hive-mind delusion is reaching.

It’s like watching drone ants sacrifice their own livelihoods to protect the bloated, exhausted and rapidly fading queen.