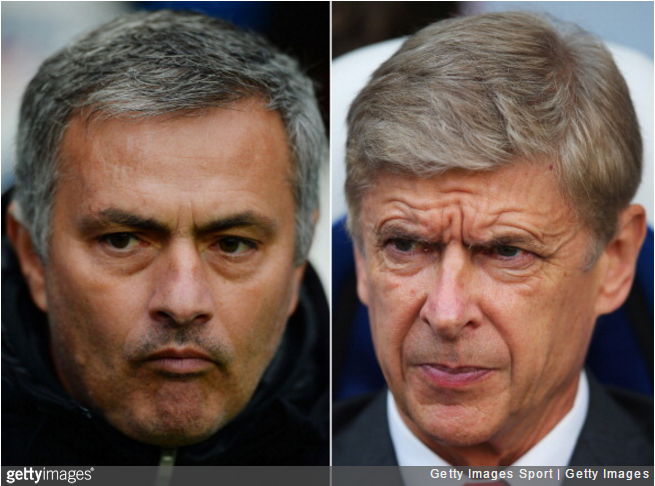 While it’s fair to say that the course of the relationship between Jose Mourinho and Arsene Wenger has never run smooth, once vowed to ‘break Wenger’s face’ after the pair clashed during a Premier League game.

The supposed quotes are taken from a new book called ‘Jose Mourinho Up Close And Personal’ written by Rob Beasley, which is currently being serialised in the Daily Mail. It’s a perfect marriage.

They date from the infamous tiff that reared up between the pair when Wenger had the audacity to question the motives behind Chelsea’s decision to sell Juan Mata to rivals United in January of 2014.

In the book, Beasley alleges that a seething Mourinho confided in him:

I will find him one day outside a football pitch and I will break his face.

Which, all in all, led to this magnificently antagonistic work of journalistic art appearing on the Mail’s back page today… 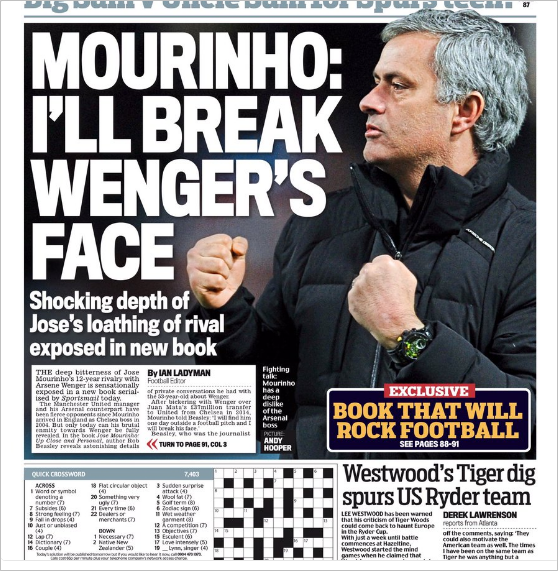 Of course, the quotes are completely unsubstantiated but why let a piffling little thing like veracity get in the way?

For what it’s worth, Wenger has refused to let himself get pulled into the mire, stoutly declining to comment on Beasley’s guff when prompted at his Friday press conference.

Asked about the inflammatory headline, the Gunners boss simply responded:

I haven’t read the book and I certainly will not read it. I cannot comment on that. I talk about football.

We sincerely hope, with all the will we can possibly draw upon, that this proves to be the last word in the matter.

Whether the national press feel the same way remains to be seen.