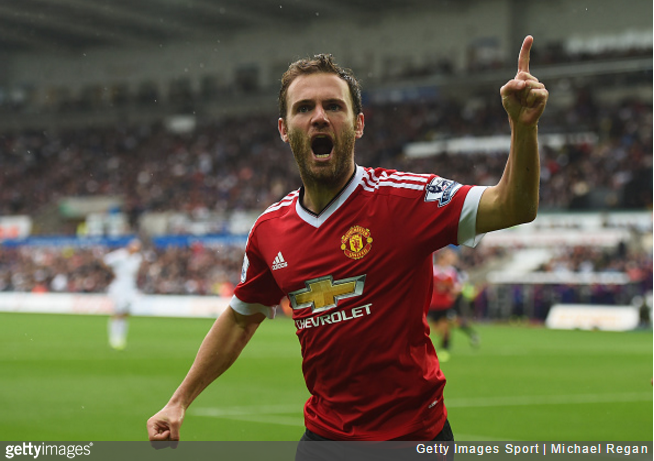 A disabled Manchester United fan was “made up” after Juan Mata delayed the team bus to spend a few minutes chatting with him outside Old Trafford.

Phone footage of Mata jogging over to hug and pose for photos with nine-year-old Alex Nield circulated on social media over the weekend.

Alex’s father Jon, also revealed that the United forward had also arranged a complimentary match ticket for the youngster into the bargain.

Doesn’t matter who you support, this is pure class from Juan Mata 👌🏼 pic.twitter.com/ni3e7FaGnt

It was just a magical moment. Alex did actually meet Juan Mata after the Norwich game last season.

We’d called in to Old Trafford to meet a friend and he said ‘the players are due shortly to get on the coach’, so we hot-footed to the Stretford End.

Juan had immediately clocked Alex so after he’d gone through the line of people he shot over.

A friend of ours captured it all and put it on Facebook and it’s just gone absolutely crazy.

Several other videos were posted on Facebook of Matteo Darmian and Ander Herrara posing for photos with Alex, who suffers with cerebral palsy – though it was the above-and-beyond gesture from Mata that really made the youngster’s day.

He even tried to sort him out a ticket because we didn’t have one for Sunday’s game (against Stoke).

We managed to get in to watch the second half – he contacted the club, Juan Mata – so I take my hat off to him.

It’s just a wonderful moment, how he comes over, gives Alex a hug, remembers his name.

It was just so touching that a player who everyone sees, so high-profile, can spend the time to do that for my son, it was brilliant.

He (Alex) is absolutely made up. He probably thinks he’s best mates with him, it’s quite surreal really!

He was so, so happy that he came over, you see the delight on his face as he’s chatting to him.

As if you weren’t already certain that Juan Mata is the nicest bloke in football, he goes and proves it all over again.

What a simply smashing chap.