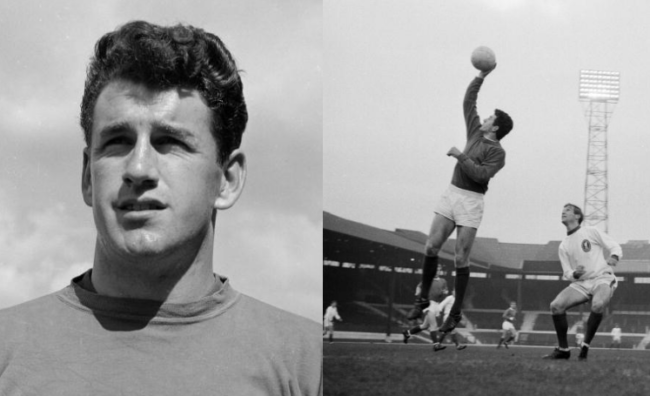 An image has surfaced on Reddit of what is purported to be the very contract that Manchester United offered to goalkeeper Pat Dunne in 1965.

Having joined from Shamrock Rovers the previous year, United decided to reward Dunne for playing his part in their 1964/65 title win by lavishing him with a bumper new contract.

As can be seen in the document, Dunne was offered the princely sum of £35 per week (around £650 in today’s money)… 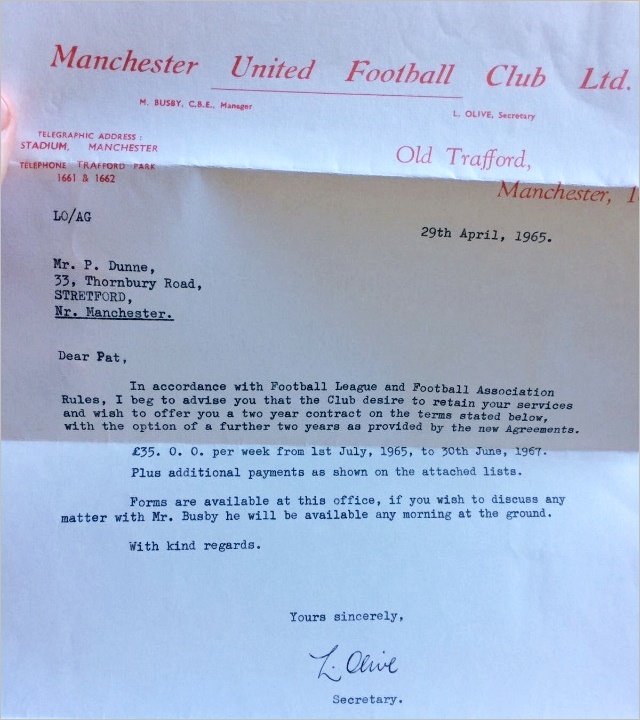 Not bad, especially considering that the average weekly wage for professional footballers was somewhere around £19 at that point.

Dunne went on to play 35 times for United in three years before joining Plymouth Argyle in 1967, winning their Player of the Year award in his first season at Home Park.