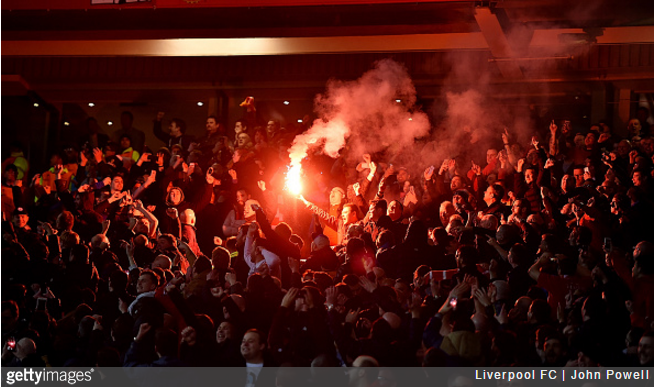 Manchester United and Liverpool have put their heads together and issued a joint statement pleading with fans to behave themselves during the upcoming Premier League meeting between the two sides.

With the bitter rivals set to square off in the Premier League at Anfield next Monday night, the two clubs have buddied up in an attempt to promote a bit of harmony and civility between the two tribes

The following statement has been posted on the official websites of both clubs:

Both clubs, their supporters and football fans around the world are looking forward to this historic and passionate match between two of the sport’s biggest and oldest rivals.

There is great rivalry between our fans and we ask all supporters to be respectful and help eradicate all forms of offensive and discriminatory behaviour from the game.

The effort has been made after the last encounter between the two sides (in the Europa League last season) descended into utter chaos which ended with kick-off being delayed and both clubs being hit with a barrage of UEFA charges for offensive chanting, brawling in the stands, objects being thrown, pyrotechnics being discharged, etc, etc.

Ahead of the high-risk Monday night encounter, Liverpool have also warned that they will prosecute any and all fans deemed to have breached their stadium conduct rules.

If any supporters are found to be engaged in any form of offensive or discriminatory behaviour by stewards or via CCTV then they will be immediately removed from the stadium, risk arrest, prosecution and be reported in accordance with the club’s ground regulations.

Troublemakers of the world, you have been warned.

Isn’t it sad that it has to come to this, though?